When I learned about the phenomena which you are about to read about  – I was astounded.

No matter how many rats the farmers of Mizoram kill, dump into piles and then set alight, it seems there are always more of the rodents to take their place.

In an unlikely cycle which takes place every 48 years, the north-east Indian state has been struck with food shortages and hardship after the flowering of a particular species of bamboo which provides an easy and ready source of food for rats.

The remarkable plant bringing misery and despair to Mizoram, sandwiched between Burma in the east and south and Bangladesh in the west, is muli bamboo (Melocanna baccifera) which flowers only twice every century. The state is covered with bamboo forests and every time the muli flowers, rats feed on its seeds and their population soars. Some experts even believe the seeds increase the rats’ fertility.

In the local Mizo language, the term for this cyclical phenomenon is mautam, and oral histories tell of mautam famines in both 1911 and 1862, when the flowering took place. In 1958-59, about 100 people starved to death as a result. Those deaths and the subsequent public anger also helped to fuel a 20-year war between Mizoram separatists and the federal government. The current state administration, headed by a former guerrilla leader, has been preparing for the next mautam for several years. 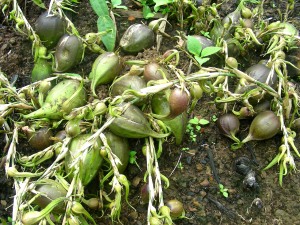